The month, so far. Updates and additions along the way.

Nothing logged on the Asiatic mini-Beverage at my girlfriend's farm so far due to severe flooding which has destroyed the directivity. I've been hearing more at home.

I hope to add a new mini-Beverage to the north-west at 330 degrees this weekend. It is hoped that conditions will improve over the Christmas period. This direction has considerably less flooding. (The 'Asiatic field' is currently 80% under water and 12 inches (30 cm) deep in places.)

Trying a new format as I don't have the free time I would like to create daily logs.

I'll keep adding to this when I can. and I will probably keep things in frequency order for now. I think most people prefer the chronological approach to logs these days.

Posted by G1VVP / Skegness DX, with John Faulkner at 23:59 No comments:

1575 2200 THA Voice of America/Radio Saranrom, Ban Phachi/Rasom (pay) Again with decent
signal. Yankee Doodle and Voice of America ID. So early in the season and
still better than anything I have heard in the autumn or winter.
Fair  9410 km

1575 2240 THA Voice of America/Radio Saranrom, Ban Phachi/Rasom (pay) Speechless at the
signal strength, better than anything I have heard from them even in
mid-winter. Fair - good levels with Yankee Doodle and Voice Of America ID.
Programme in Khmer. Fair  9410 km

As yesterday, I was away from the receiver for most of today's tropo, so I am unable to give a more complete picture, but I think I caught the peak of the reception.

I was briefly by the receiver around 06:00 and had a quick listen, but the Scandinavian tropo was non-existent.

A welcome return to tropo conditions after a long drought here. 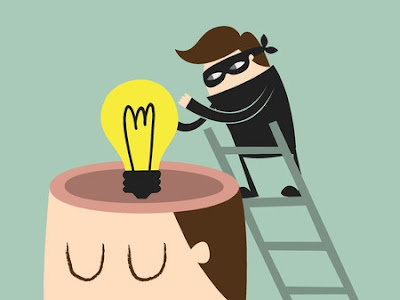 Oh to be a normal, average, everyday person. Well, funnily enough, that's exactly what I am. Some might say "A nobody". I am certainly nobody special. Just an average kind of person, probably quite boring to some people. But we are all somebody too of course and indeed everybody matters. We should all be treated equally. That was my philosophy when I started Skywaves back in 1995, though back then it was known as the British FM & TV Circle. Skywaves was our monthly publication.

I have lost count of the number of times I have heard people use the expression "It's a thankless job." Now, does that imply that I want to be thanked and praised for my work on Skywaves? Of course it doesn't. Other people were involved. I would never have got it off the ground without the help of other radio enthusiast friends. It was an idea I had back in 1995 when magazines like the now defunct Contact ceased to cover FM and MW DX and the MWC were becoming more and more elitist.

I became annoyed with the Medium Wave Circle when they continued to print their bank balance at the end of each year, always making a profit out of its members, which I believe it continues to do. That's fine. Each to their own. But why should money be made out of a simple hobby? I have always believed that the hobby should be free in all respects.

Back to Skywaves and everything flowed along smoothly until 2009, when my work commitments left me with precious free time to oversee the various e-lists. I needed to hand over the reigns to somebody else who was keen and had a lot more free time. A promising new member joined around that time by the name of Will Rittman. He seemed to have all the credentials needed to manage the groups and we agreed to have over the responsibilities to him. What happened next surprised everybody. Suffice to say that Will was a con artist and he didn't just con me, but also various group members and radio groups, initially closing down the Skywaves groups and re-branding everything for his own marketing needs. He eventually ended up in prison after he was found stealing radio equipment from an amateur radio group. I accept that I made a mistake.

Shortly after this, Julian Hardstone re-started the Skywaves Yahoo groups. He did not allow me to be 'owner' but Julian told me that I would have the final say in any group matters. He insisted in being in overall control as he felt that I was not in a sound state of mind back then. He may have been right. I speak my mind. I hold nothing back. I have always had a respect for those who say things how they are, and that describes me perfectly.

The new Yahoo group worked well, with members old and new joining and that's how things continued for a few years until Yahoo decided to adopt the Neo platform and screw everything up. It was a mess. Posts suffered delays and sometimes just didn't arrive at all. This was not ideal when you needed instantaneous messaging for DX alerts. We considered that it might be necessary to create an alternative platform.

On September 17th, 2014, a new group was started. This was the SkywavesDX bulletin board, residing at http://skywavesdx.org/ Julian's plan was to close the Skywaves Yahoo groups and move everybody over to the new bulletin board system, but a few members were particularly vocal and demanded that Yahoo stay put.

Meanwhile, the new bulletin board became the most successful platform we have operated. It remains in the hands of Julian Hardstone to this day and I am the chief administrator, though a few odd things have changed recently and I find myself losing one or two admin privileges and I don't know why.

Next, Julian added Günter Lorenz as co-owner of the new bulletin board. I had no knowledge of this at the time, but wheI heard about this I though it was a good idea to become partners in the interests of friendship and the promotion of the hobby.

Still, everything flowed smoothly, apart from the dreaded Yahoo groups. We thought about creating an io group to replace the Yahoo groups, but posting to Yahoo was dwindling, unsurprisingly. Most Yahoo members migrated to the http://skywavesdx.org/ bulletin board system. It was assumed that the e-list system was dead.

Surprisingly, come May 2019, the Skywaves FM Yahoo group saw a surprising revival. I tried to post but seemed to be blocked. I later noticed that my admin moderation status had been removed. Members still had problems posting, only things were getting considerably worse, with several members being unable to access the groups at all, myself included. I had tried to post several times but none of my posts got through.

The next event dumbfounded me. Fellow FM and MW DX enthusiast Stuart Heathcock created a new SkywavesDX io group. What was wrong with that? It's all very well Stuart creating his own group of course, but to steal the SkywavesDX name? He had no right to do that. I telephoned Julian and informed him and he too was not amused by Stuart's actions. Julian also considered that Stuart had effectively stolen the Yahoo group. Julian said he would contact the head of io Groups and request that the new group be closed as it had been stolen. This never actually happened. Another piece of hot air.

Next, Julian told me that he had written to Günter to seek advice on what action to take regarding Stuart. Meanwhile I also wrote to Günter to discuss the situation. He replied, briefly, and said he would get back to me, but he never did. Meanwhile, Julian posted on the Yahoo group to give Stuart his full approval and backing for the new io group. It's not even Julian's place to do this. The name resided with me and that was always the bottom line.

Let me give all this some more perspective. Can you imagine what would happen if I had taken on the name of another well-known radio group? Shall we consider WRTH? How about MWC? I can assure you they would be have been down on me like a ton of bricks if I had stolen their name. Does this not get the point across succinctly?

Stuart Heathcock has upset many members over the years with ill-considered comments. He has been removed from various forums. Personally, I consider him to be an obnoxious, arrogant and truly selfish person and he has now stolen the SkywavesDX group name. For the record, Stuart has been the most consistently moderated member in Skywaves' history.

Now, I remember something Julian told me a few years ago after meeting Günter. He commented on how focused he was in a business sense and how he wanted to take over all the world's radio groups. Hmm. Maybe I'm being too conspiratorial. What could possibly happen in the future? NO one person should have overall control of an entire organisation. It should be put in the hands of those who use it, providing they use it in the best interests of its users. Nothing is ever perfect though and never will be. Shit happens.

Those are the facts. What of the future?

Perhaps some of you reading this might consider that I should put everything into perspective and move on.
That expression I mentioned at the beginning of this post comes back to mind. "It's a thankless job." Of course it is. Whenever anybody becomes involved with the running of a group or a committee, etc., they might have the best intentions, but might end up being in a minority or voted down through no fault of their own. That's the nature of the beast. What I always wanted from the start was a free group where people could share their interests in this wonderful hobby and that's what we had. We probably still do! But it has been snatched from under my nose. Julian was the first person to do this back in 2009. Consider.

Do I want thanks and praise for my work? No, of course not. Recognition perhaps? Well ... no, not really. This post is about my frustration with the chain of events and which led to the blatant theft of the SkywavesDX name. Whether this is a serious issue in the scheme of things is debatable. Of course it isn't, but I wanted to set the record straight. Yes, from my perspective it feels like I have been kicked in the teeth and people have agreed, shocked by how things have suddenly changed.

I am out of it. It is now left in the hands of those who think they can do the job. In the interests of the hobby, I hope they do the job well and that Skywaves continues, but I will be taking a comfortable back seat, safe in the knowledge that I can still enjoy the hobby, but without the frustration of running things.

October 2019 Update: As of October 2019, Julian decided to drop the hosting company who host the
http://skywavesdx.org/ domain so this has now been transferred to the hosting company I use and I have therefore taken over the running of the SkywavesDX bulletin forum once again. This is the first time since 2009.
http://skywavesdx.org/ is maintained by a small team of administrators who will ensure the smooth running of Skywaves. Daily backups are created and we have adequate technical experience to see that this forum will continue for as long as it is needed.

At the end of it all, this is merely a hobby and we can all do without the unpleasantness, but I will not tolerate fools. I am still debating whether to remove Stuart from the SkywavesDX group, but that would be malicious. In view of what he has done I think it could be argued that it would be reasonable to do so, but I show tolerance as much as possibly can, albeit with gritted teeth.