I carried further hilltop listening experiments yesterday evening, paying attention to troposcatter at different moorland locations in Derbyshire, using the Sony XDR-F1HD and a Triax FM5, mounted horizontally at 15ft agl. (This was Band 2 FM reception) Yesterday evening, I compared Middleton Top with Bonsall Moor, driving quickly between the two locations to make comparisons. Both locations are close to Matlock in Derbyshire and are neighbouring hills, separated by only only a few miles. The Bonsall Moor location is approximately 150 feet higher asl than Middleton Top. (Recent trips have also included Alport Heights, Eyam Moor, Taddington Moor and Beeley Moor) 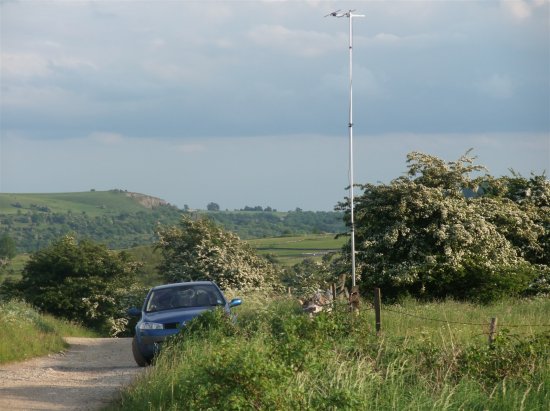 2m HB9CV at Bonsall Moor
As is already known, Middleton Top offers a good take-off from all points east through south-west and is surrounded by higher hills which run from the NW through to the NE. These provide a good blocking effect to semi-local stations from the north. The same shielding does not exist at Bonsall Moor, which only has useful blocking to the west where the summit rises to 1250ft asl, so I did not expect to experience almost identical reception at this more-exposed location, yet these two local high spots bore many similarities. A good example would be Hallam FM on 103.4 to the north-east which was very low in strength at both locations, thus allowing excellent reception of Heart Milton Keynes 103.3 - particularly at Bonsall Moor. Local Trent FM 96.5 and Mansfield 103.2 were also weaker than expected. Reception of BBC R Cambridgeshire 95.7 was perfect, as was Norfolk 94.4. I was even able to null local pest BBC R Nottingham on 95.5 at Bonsall Moor, though nothing else was heard due to conditions being flat. Troposcatter next: Middleton Top had several French transmitters coming through, including Troyes 91.4 and Bourges 91.8. Only two German stations were noted at Middleton Top: HR3 Sackpfeife 87.6 and SR1 Gottelborner Hohe 88.0. While at Bonsall Moor, Troyes and Bourges were much weaker and many more German transmitters were audible, including Bremen, Aurich, Nordhelle, Langenberg, Aachen, Koblenz, Bonn and Munster. London pirates are also more abundant on Bonsall Moor, so this makes a good all-round location for band 2 FM DX. There are two reasons for my recent trips: 1. To determine how high I need to be in order to experience good troposcatter reception; 2. To find a location closer to home which equals the Axe Edge for troposcatter reception. So far, nothing has equalled the Axe Edge for its reliable troposcatter reception of French, Dutch and German transmitters. London pirates are better received at the Axe Edge too. Maybe the reason is the height of the Axe Edge receiving location at approximately 1700ft asl. The higher parts of the Axe Edge also provide useful blocking effects to some of the nearer transmitters too while favouring reception from north-east to south. All locations I have tried recently have equally good take-offs to the east through south yet the Axe Edge is the clear winner when it comes to superior continental troposcatter reception. Interestingly, my home location also has an unobstructed 'view' to the east, highlighted by good, daily reception of stations in the east and south-east of England, yet I struggle to hear troposcatter reception of the kind experienced in Derbyshire. The extra height asl of the Derbyshire hills clearly makes the difference. Good DX! John
Posted by Unknown at 07:00 No comments: 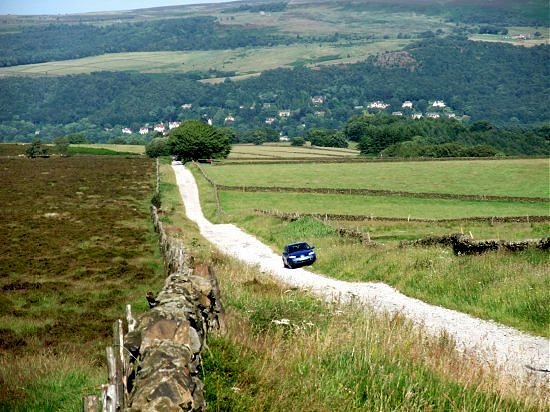 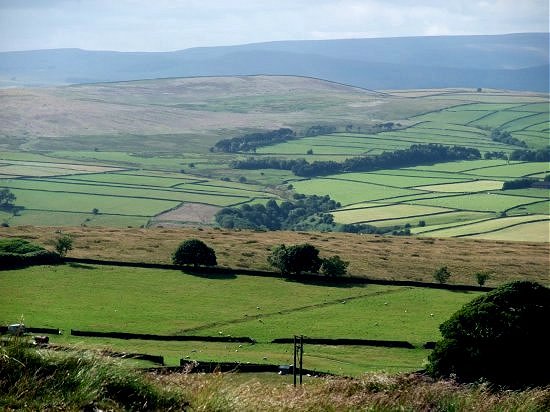 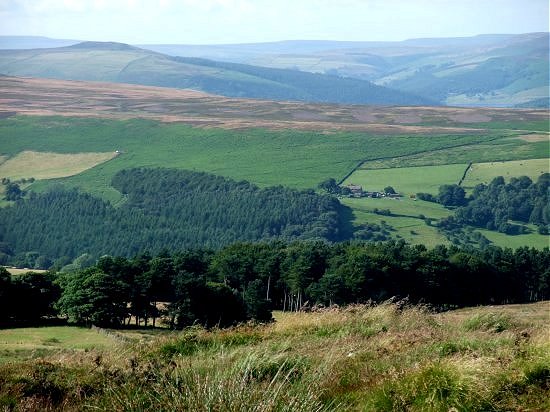 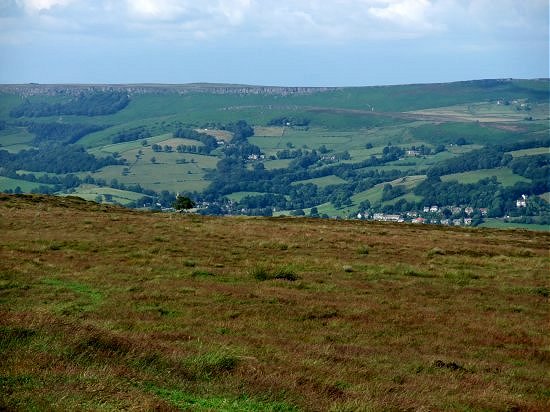 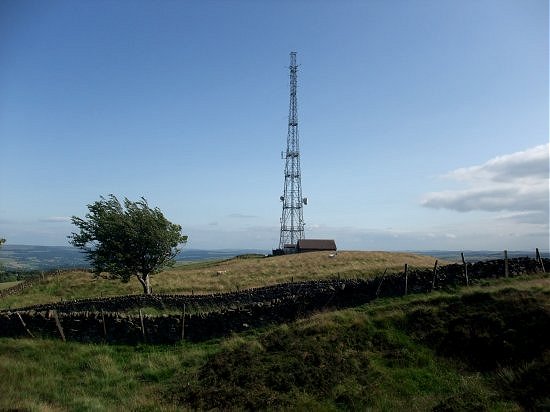 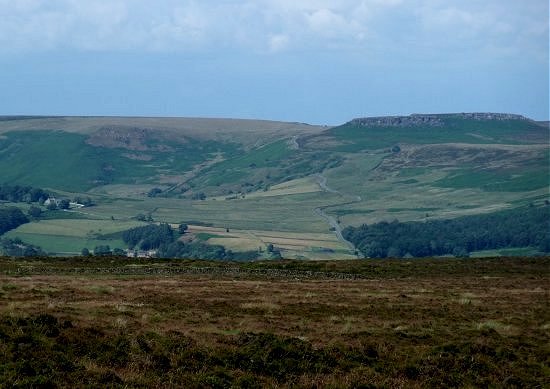